A photographic ode to my favourite shrine in Japan.*

Fushimi Inari Taisha is fabulous. End of. Worth going all the way to east Asia for alone. An important Shinto shrine in southern Kyoto, it is recognisable the world over for its thousands of bright red torii gates, which criss-cross a network of trails into the hills behind its main hall.

I’d allow at least 3 hours to follow the tunnels of gates uphill into the forest of sacred Mount Inari. Maybe longer in peak season. But it’s time well spent. Dedicated to the Shinto god of rice, the trails are a magical climb, twisting and winding in a seemingly never-ending route through the woods. The course is littered with offerings of grain sacks and sake bottles, and statues of foxes appear frequently. As Inari’s messangers, the foxes have been guarding the keys to the granary since the 8th century, when the first torii was constructed. And over the years, businessmen have donated more and more gates (and continue to do so), resulting in the 4km of tunnels you see today.

I’m not going to pretend that the experience is calm and meditative. At least, it wasn’t when we visited late morning, joining the throngs of tourists plodding up the hillside. If (or, more accurately, when) I go again, I want to try dusk or dawn and hopefully avoid the crowds. There are various little shrines to dip into on the journey up, though, which provide respite, and don’t be tempted to turn back once you’ve reached the lookout point. 15 minutes beyond the observation deck you’ll find one of the best sub-shrines in the complex, and it’ll be completely peaceful as the masses have substantially thinned out by then.

Back down on the main avenue, you’ll find the giant Romon Gate and honden (main hall), and if you’re lucky you might catch some open air theatre or – in our case – a fan show. Before you go, be sure to seek out Fuku Kaeru, the Fortune Frog shrine near the exit. Kaeru means “Come back” or “Return” in Japanese. For sure!

*Disclaimer: I reserve the right to declare a new favourite shrine at a future date… 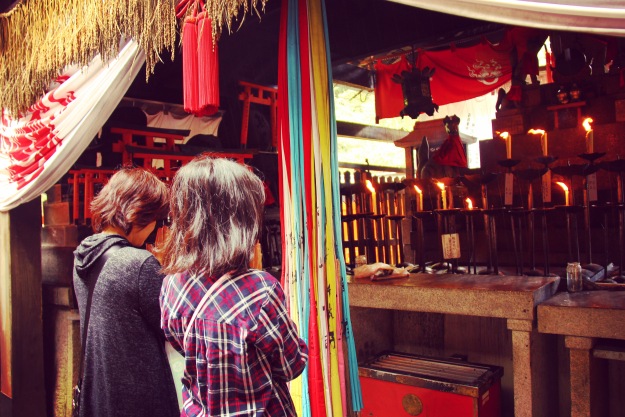 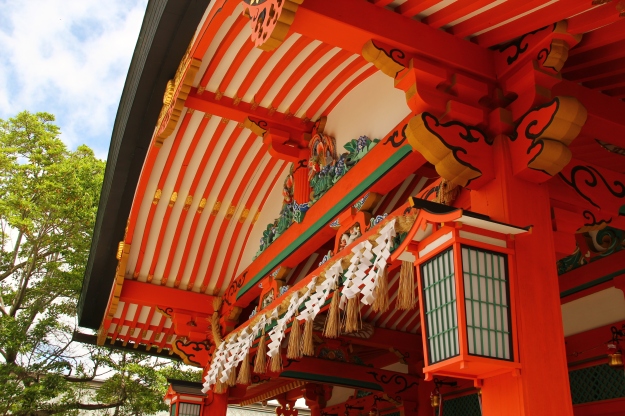 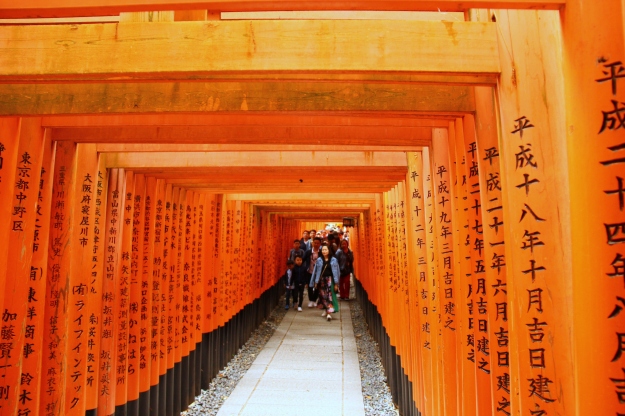 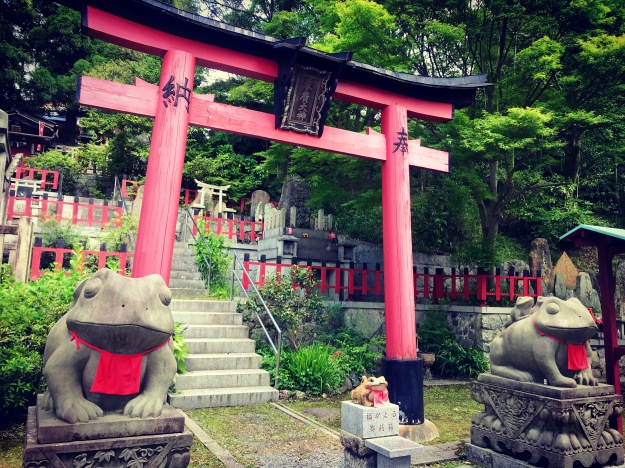 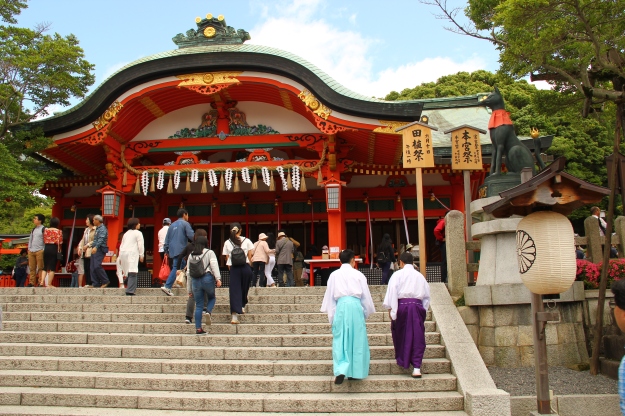