Factoid alert! South Africa is the only country in the world to contain a whole floral kingdom. It’s the smallest and richest of the six kingdoms, with over 6,000 species that are found nowhere else but on the western cape. Table Mountain alone supports over 2,000 species; more than the entire UK!

Fynbos, the name of the shrubland found along the garden route and throughout the peninsula, is absolutely beautiful. So stunning, in fact, that I decided I really had to dedicate an entire collection of photos to it. But I’ll take the opportunity to also pick up the story of our South African trip… 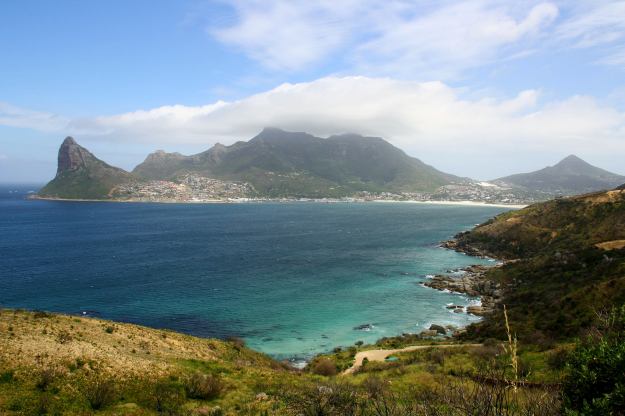 So, after our time in Kruger and Mthethomusha, we jumped on an internal flight down to George, jumped in a hire car and drove to Knysna. Our accommodation – a ’boutique’ hotel overlooking the lagoon, with culinary-adept but eccentric and borderline alcoholic hosts – was a great base, but unfortunately we experienced the worst weather of our trip (an incessant, damp greyness that lasted the duration of our three days) so were unable to take advantage of the inviting infinity pool or enjoy the usually breathtaking view of the sea. Accepting we’d have to flex our plans, we jettisoned walks around neighbouring Wilderness, canoe trips through the lakes and ice-creams on the beach in favour of indoor activities.

Birds of Eden, the world’s biggest bird sanctuary, was worth the visit. Set within a vast gorge of indigenous forest under a domed net, it boasts over 3,500 birds, including toucans, flamingos, spoonbills, parrots, cranes and ibis. I got all junior ornithologist, ticking off species in my guide book with enthusiastic abandon. Next door’s Monkeyland, with it’s collection of howlers, lemurs and gibbons, was also good fun, though – being a guided rather than self-navigated tour – provided less opportunity for Miss Attenborough to do her thing.

We did manage a stroll around the headlands, a visit to the local farmers market and dinner at the fabulous Pembreys, but we left feeling disappointed not to have seen the Garden Route at anything like its best.

Our time in the Winelands, however, couldn’t have been more different. Glorious sunshine ensured we experienced the valleys, lakes and vineyards in all their splendour, and enabled us to get out for some fantastic walks through the fynbos. We’d chosen to stay in Maison Chablis, a really lovely BnB in the Franschhoek valley. Close to its more famous cousin, Stellenbosch, Franschhoek was originally settled by the Huguenots in the 17th century and has a lovely collection of Cape Dutch architecture and art studios. It’s also renowned as the gastronomic capital of South Africa…by-the-by. Over four days, we visited some of the best restaurants we’d ever eaten in. Highlights included the tuna carpaccio at Le Bon Vivant; Mozambique chicken at Roca on the Dieu Donne wine estate; suckling pig at Foliage; and the gruyere soufflé at Le Petite Ferme. My mouth is literally watering at the memory as I type!

And of course we visited a range of amazing vineyards and farms, sampling the produce as we went: Shiraz and chocolate at La Bri; Cabernet Sauvignon and charcuterie at Grand Provence; Chardonnay at Chamonix; Pinotage at Eikehof; Merlot and cheese at Jordan; and pretty much anything at La Motte. I’d recommend the ‘wine tram’ as an easy way to get around…with the advantage of not needing a designated driver. A lot of the bigger estates have galleries, restaurants, shops and sculpture gardens, so you need a decent amount of time at each place. A day in Stellenbosch is also a must, with its craft shops, gardens, little churches, and easy access to the Jonkerschoek National Park. We had a fabulous few days in the region and could have happily sold our flat and returned to plant up grapes. 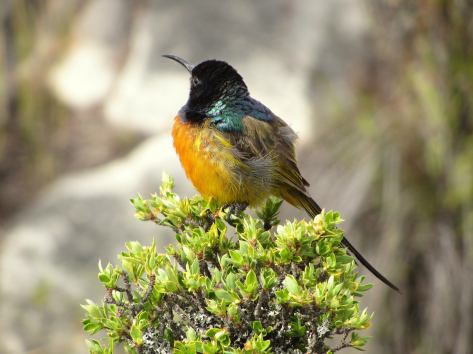 Finally, we ended the holiday in Camps Bay, just outside Cape Town. Our BnB – the Bay Atlantic – has been run by the same family for about twenty years and the owner and staff are incredibly friendly and helpful. On our first day, we called in for lunch at La Colombe on the Silvermist Organic Wine Estate, another food highlight of the trip. The springbok and the scallops were divine! I should point out that, as extravagant as it sounds, we weren’t breaking the bank by any means – thanks to a favourable exchange rate, practically every meal came in at under £20 a head…including wine. It’d have been rude not to, really. After lunch, we visited Groot Constantia, the oldest wine estate in the country, and then onward to Kirstenbosch National Botanical Gardens, where I spent a happy hour chasing guinea fowl chicks with my camera, as well as exploring the striking flora. 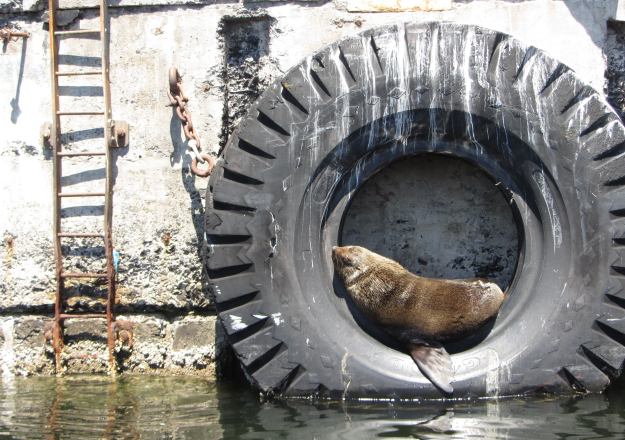 Day two saw us on a ferry to Robben Island, escorted by ex- political prisoners. It’s incredibly humbling to see where Mandela and fellow leaders of the anti-apartheid movement were jailed for such long stretches of their lives. We saw the small block where Robert Sobukwe was kept in solitary confinement, as well as the quarry where prisoners were made to mine unwanted limestone in forty degree heat and which Mandela appropriated for his “university”. Back in the city, we took a boat tour of the Victoria & Alfred Waterfront, drank craft beer in the food market and then hung out on the beachfront before having seafood in Camps Bay. 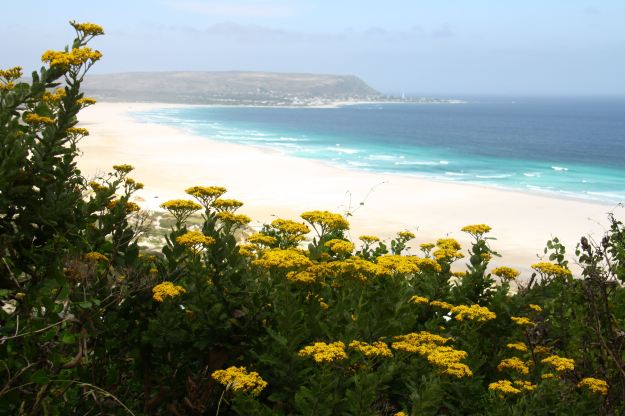 On our third day, Paul drove us around the spectacular peninsula. We called in at Hout Bay, then travelled the gorgeous Chapman’s Peak Drive to Noordhoek Beach – which is possibly the most stunning stretch of sand in existence – before going onward to Cape Point via Kommetjie. The weather was fantastic and standing atop the lighthouse, looking up at the dramatic coastline and out at the endless sea was amazing. Almost as amazing as seeing the penguins at Boulders Beach, on the east side of the peninsula just outside Simon’s Town, on our way home. I think I almost filled my memory chip with photos. We finished the day with burgers and soft-shelled crab back at Hout Bay Street Food Market, with massive smiles on our faces. 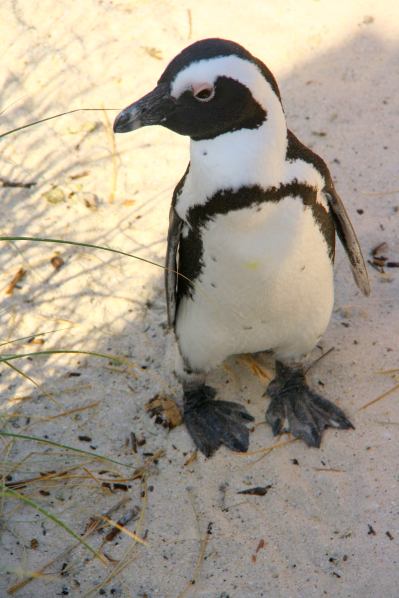 Of course, no trip to Cape Town is complete without a visit to Table Mountain. It’s always touch and go whether you’ll make it up, since more often than not the flat-topped mountain is swathed in a blanket of fluffy white cloud. Luckily, on our final day, we spotted an opening and hot-footed it to the cable car. You’d be forgiven for wondering if it’s worth the long queue, given the views are already pretty stunning from the base of the cable car, which is perched 300 meters above the city. But at over 1,000m, the summit provides unparalleled panoramic views and affords a unique opportunity to stand on top of the world. Plus, there’s all that beautiful fynbos… The only way to round off a day like that is with ten courses at The Test Kitchen, San Pellegrino’s No.1 restaurant in Africa. Yeah, no complaints here! 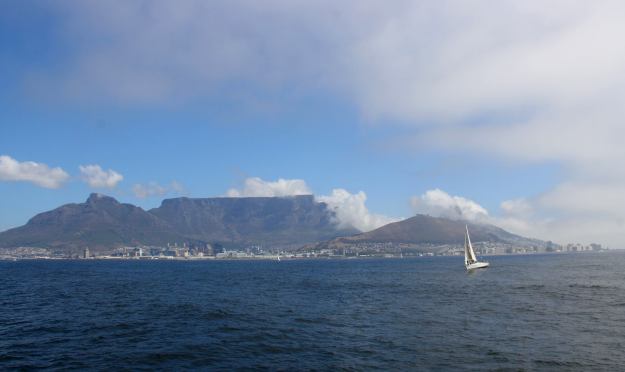 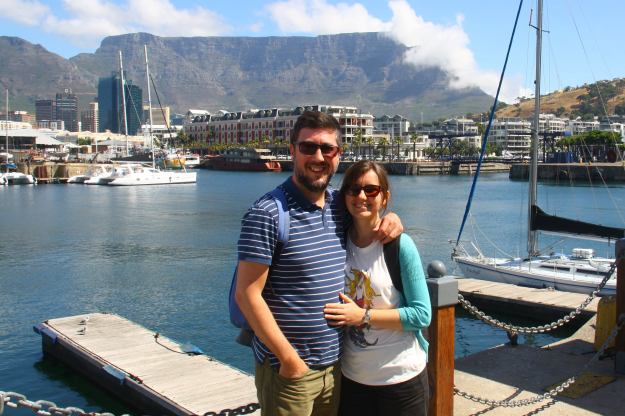 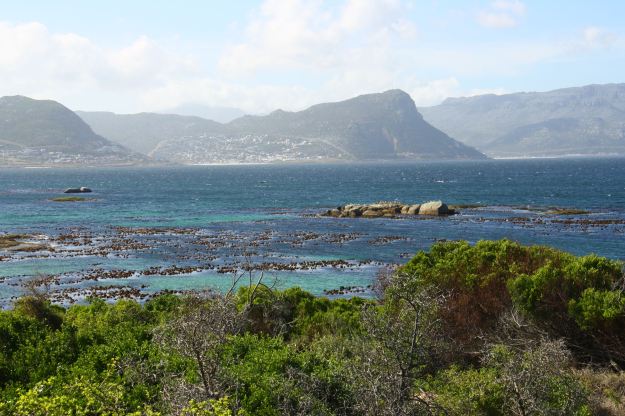 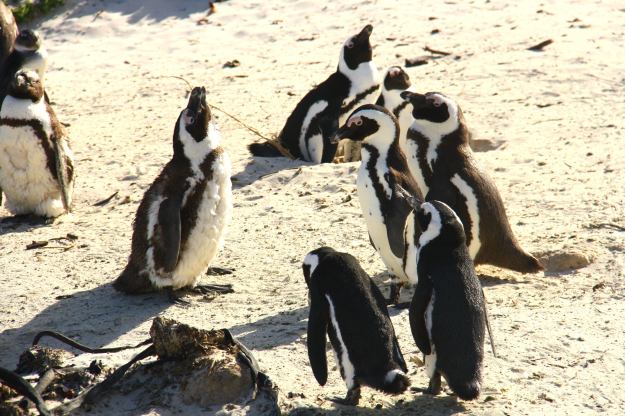 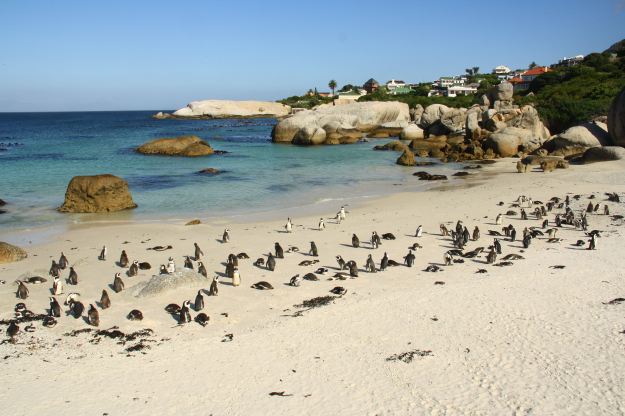