An India addendum, as promised: some photos from Ranthambore National Park, originally the hunting ground of the maharajas of Jaipur and now an official tiger reserve and wildlife haven. Bigger in size than both Edinburgh and Glasgow put together, it lies between the Aravalli and Vindhya mountain ranges in the Sawai Madhopur district of southeastern Rajasthan. While staying in the area, we went on three different safari drives and were lucky enough to have one of the best guides in the park. Hemraj Meena has won several awards as best birder and trekker in the region, as well as being one of the foremost promoters of ecotourism in India and a film assistant on two BBC wildlife programmes on Ranthambore.

While we failed to spot the elusive (and nocturnal) sloth bear, we did see a range of fantastic wildlife. Rising at dawn for the morning drives, and returning after sunset on our later foray, we spotted sambar stags, peacocks, marsh crocodiles, a turtle, storks, various wading birds, monkeys, an assortment of deers and antelopes, a warthog, and (the tail of) a mongoose. The scenery was just as impressive, sometimes more so. Majestic banyan trees, ruined forts and pavilions, stark African-like plains, and the stunningly beautiful Rajbagh Talao lake.

But what you really want to see is a tiger. There are only 56 in the park, so I didn’t hold out much hope. Happily, though, November is one of the best times to spot them, and we weren’t disappointed. After straining to see a distant cub (not more than a faint orange smudge in the distance) on our first drive, we were eventually rewarded with an up-close-and-personal encounter as our second trip was drawing to a close. The mother of the cub, Noor (or T-39, to use her official designation), emerged from the tall reeds and casually crossed the track in front of our jeep. Amazing! The real highlight of the holiday. 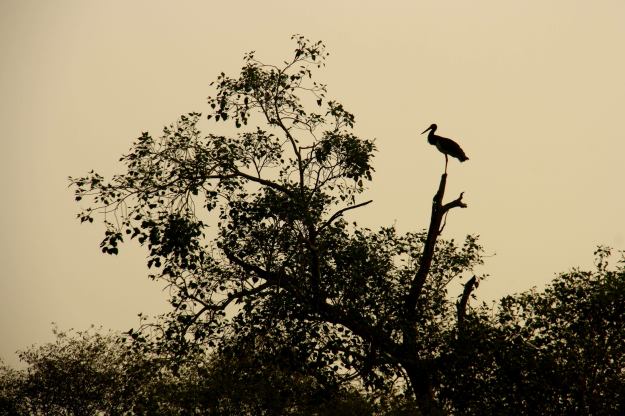 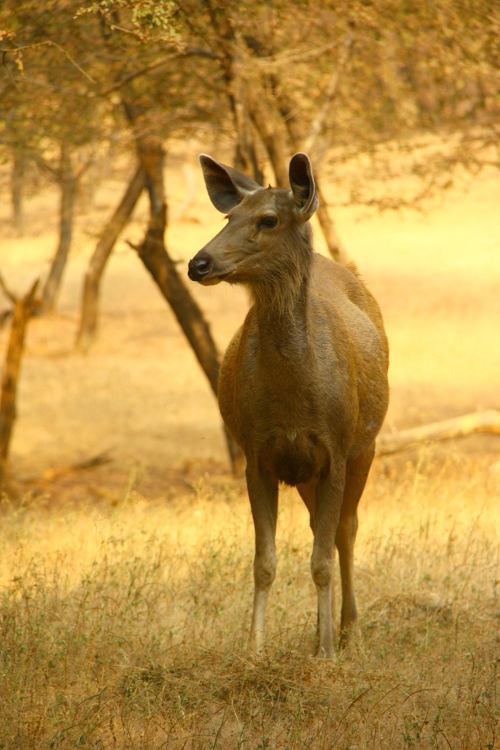 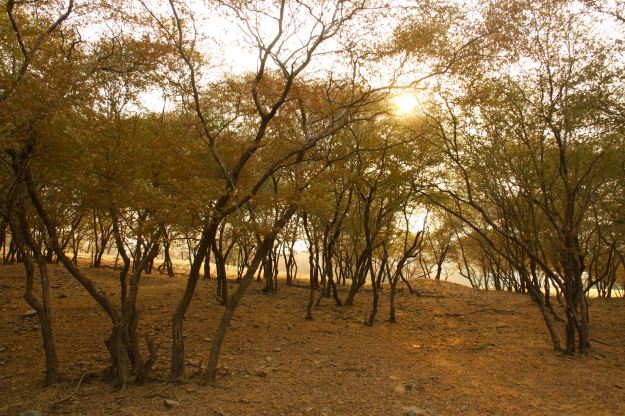 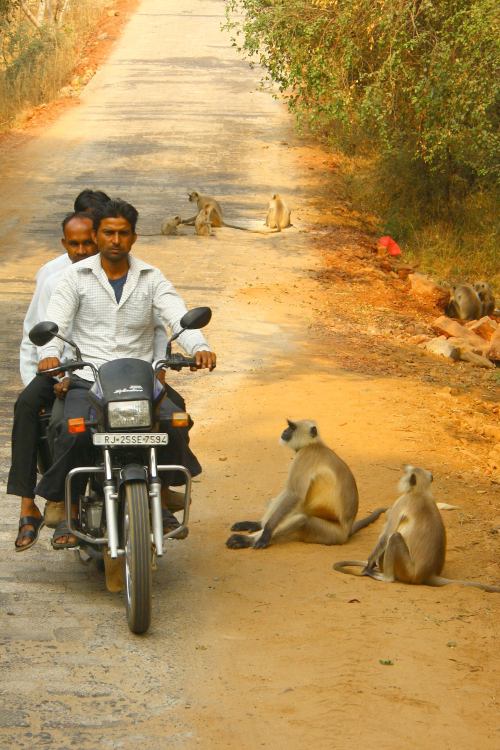 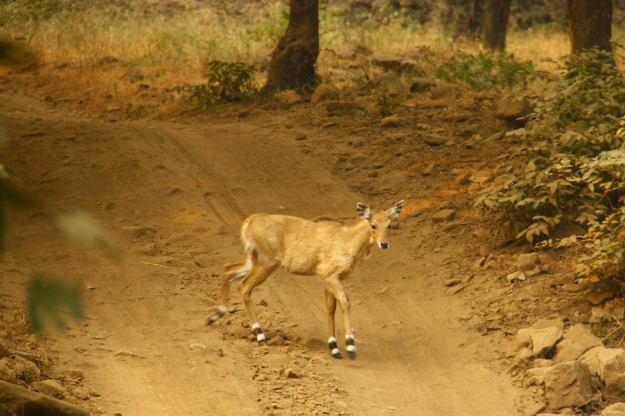 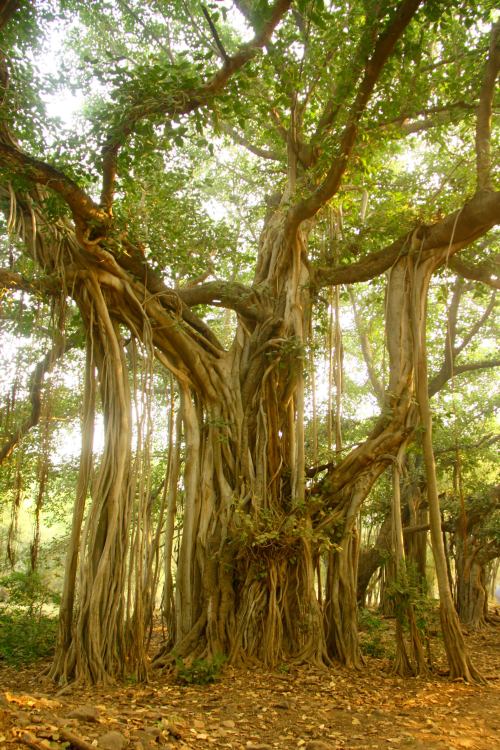 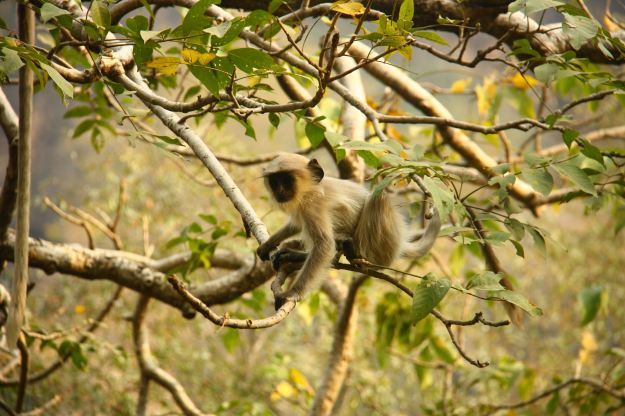 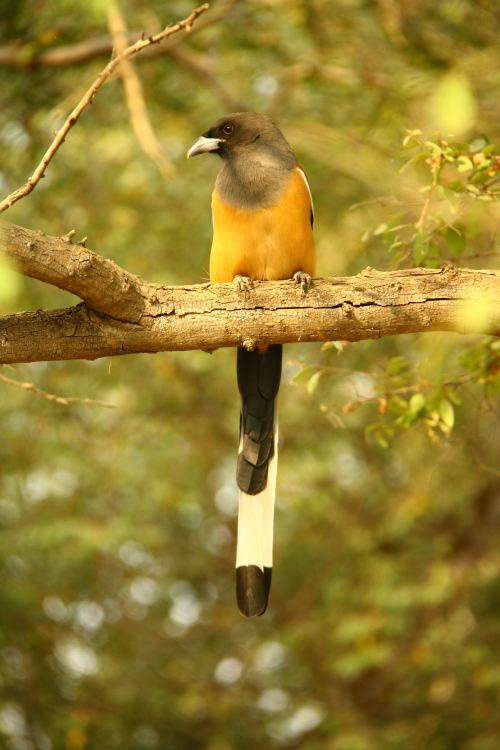 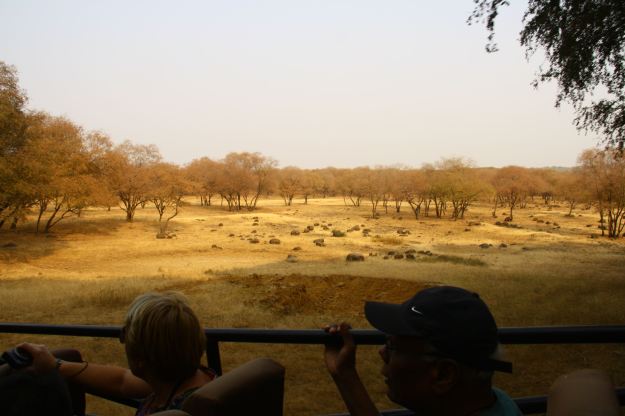 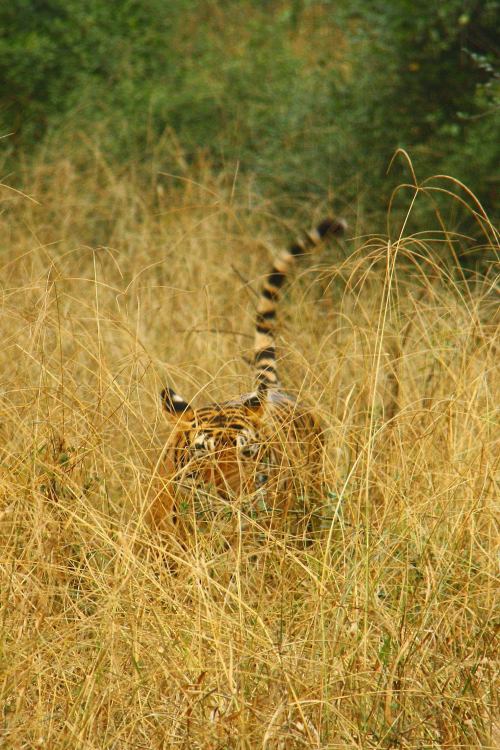 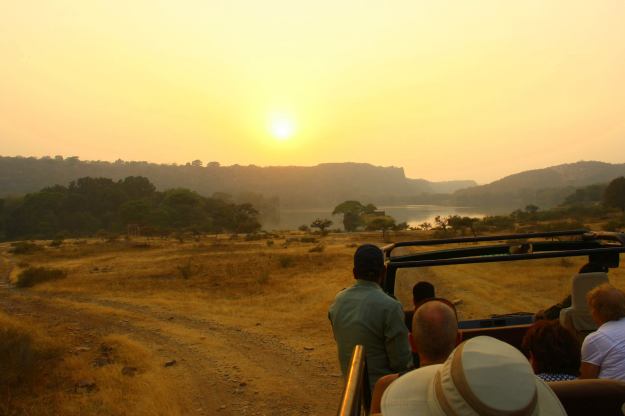 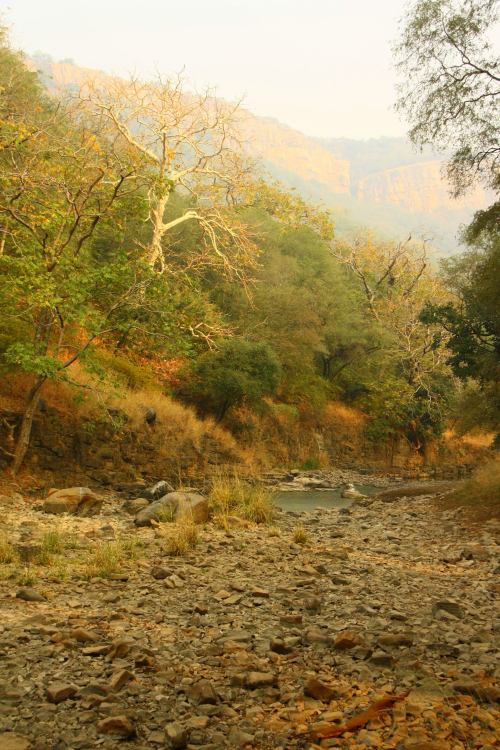 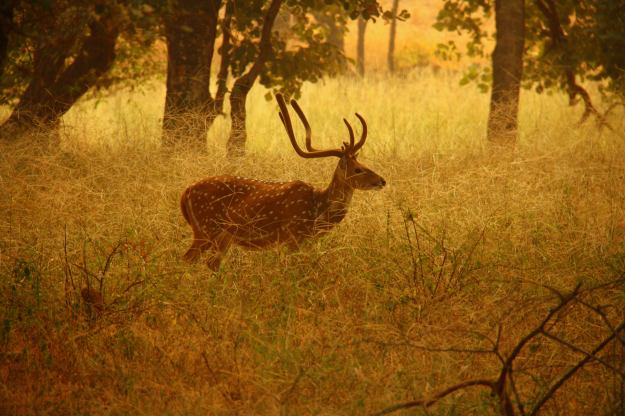 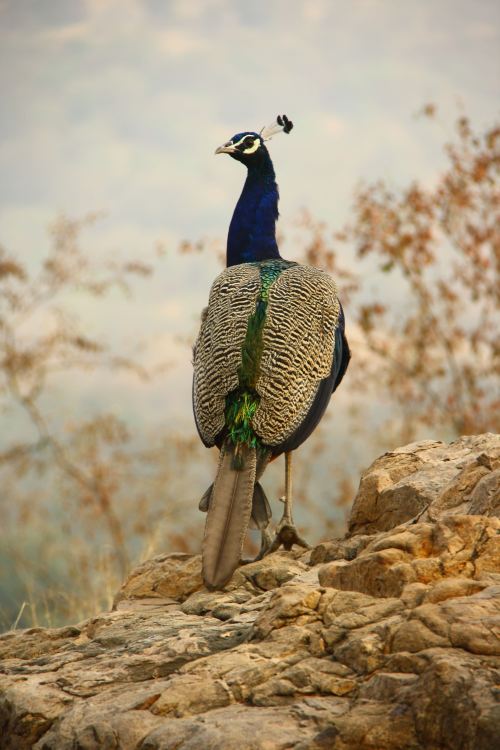 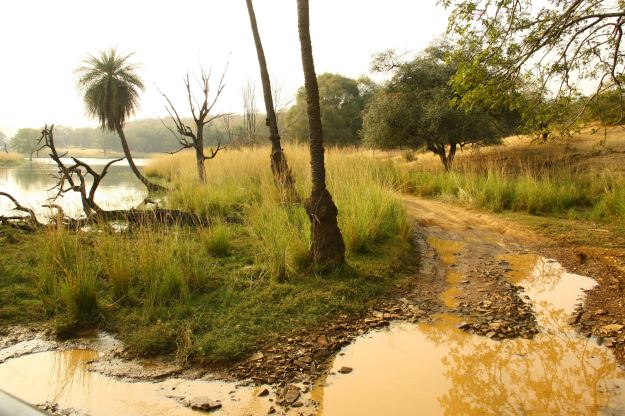 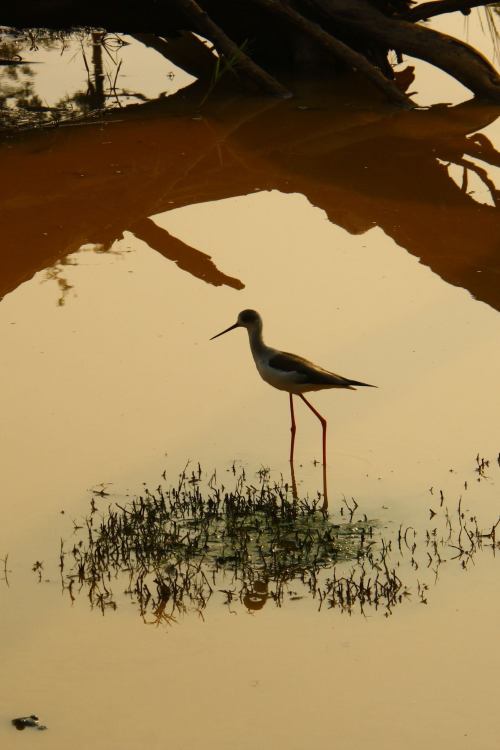 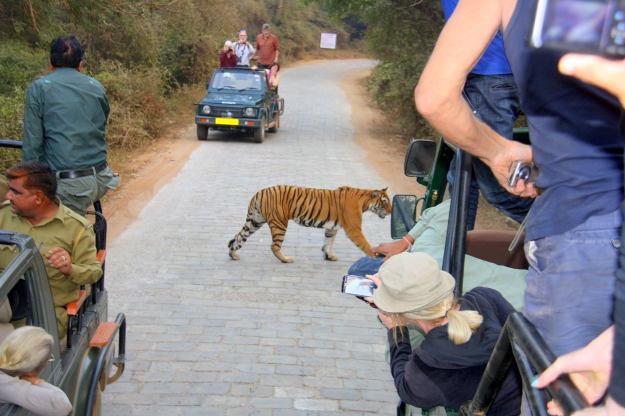