I’ll pick up from where I left you last, waving forlornly as the train pulled out of New York’s Penn Station on its journey to Boston. Despite the upset of having to leave The Big Apple (see previous post), I was excited about the next leg of the trip. It began in style with a comfortable and sunny four-hour ride through Connecticut and Rhode Island into Massachusetts, all the while watching the colours of the trees become more impressive and the people outside become more warmly dressed.

My dad was waiting to greet us at Back Bay station when we arrived, having flown in a couple of days earlier. He’d already visited nearby Salem and was excited to show us round the sights of Boston. After checking into our guest house on fashionable Newbury Street, we orientated ourselves to the city with a Duck Tour. Londoners will be familiar with the set-up: a trip on land and water aboard a replica WWII style amphibious landing vehicle, complete with an enthusiastic guide – this time dressed as one of the Minute Men. The tour takes you past the golden-domed State House to Bunker Hill, along Boston Common and Copley Square, past Quincy Market and the towering Prudential Tower – and splashes down in the Charles River, where we enjoyed a sunset ride around the bay. 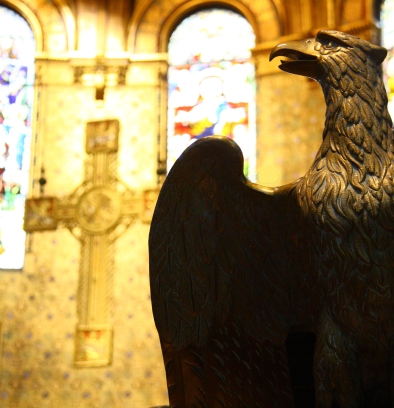 The next couple of days in Boston flew by. The city is actually quite compact and easy to walk around, so we felt the amount of time we had there was just about right. Enough time to stroll down Commonwealth Avenue, take in the grandeur of the homes on Beacon Hill, lunch at Quincy Market (clam chowder and a Boston Barker chilli dog), visit the stunning Trinity Church with its William Morris stained glass, and pop into the spacious library. We also visited the Isabella Stewart Gardner Museum with its new annex designed by Renzo Piano. The museum is pretty bonkers: Venetian architecture packed full of an eclectic mix of art, jewellery and furniture, with works by Botticelli, Titian, Rembrandt and Raphael haphazardly hung on walls. Isabella was a patron of the arts and travelled the world collecting pieces. She had the building commissioned specifically to house all her works and created an endowment fund to support the museum after her death, stipulating that the layout of the permanent collection could not be altered. It’s a fascinating place to spend a couple of hours. 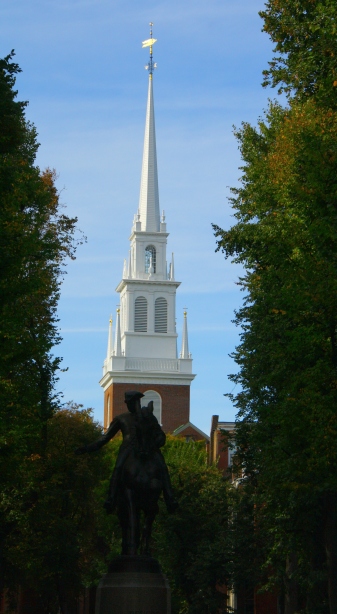 And – of course – we walked the Freedom Trail, a two and a half mile brick-lined route – not yellow brick unfortunately – that takes you to sixteen historically significant sites, including Faneuil Hall (where in 1764 Americans first protested against the Sugar Act and the Stamp Act, setting the doctrine that would become known as “no taxation without representation”), the Old State House (scene of the 1770 massacre that galvanised public opposition to British authority) and the Old South Meeting House (scene of the heated debate in 1773 that led to the Boston Tea Party). The city is steeped in American revolutionary history and its people are clearly proud of it. These are the haunts of Samuel Adams, John Adams (no relation), Paul Revere, John Hancock and the many other men (and women – there were some important women too!) who were so influential in making the US what it is today. I felt annoyed with myself for not having watched the Paul Giamatti mini-series that my dad had lent us, as I’m sure I’d have had a much greater appreciation of the sights with more background on the conflict. Luckily my dad – the human version of Johnny 5 – was on hand to regurgitate facts and fill the gaps in our knowledge. I wish I could keep him in my pocket, so I’d have him to hand wherever I go. 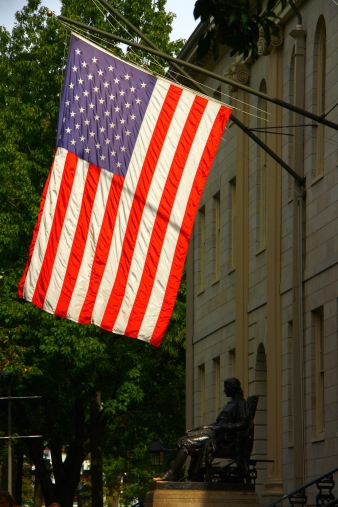 Boston is also famous, of course, for being one of the foremost seats of learning in the world, home of MIT and Harvard (ranked number 1 and 2 in the world respectively).  Well, actually they’re next door in Cambridge, but that’s only about five stops away from Boston on the subway. The Harvard tour, ours delivered by a funny but precocious sophomore named Jess-Lucy, is worth taking. We were shown around the grounds and regaled with stories. Did you know that a student killed on the Titanic, whose mother made a generous donation to the university library, still haunts the book stacks?  Or that there are three lies connected with the John Harvard statue in the main quad?  No?  Well, I recommend an hour with Jess-Lucy, valedictorian of her high school and budding theatre producer.

As always, I need to mention some notable eateries in the city: Island Creek Oyster Bar, where we enjoyed some delicious fish and sampled Boston Cream Pie (a kind of soft cake with a custardy filling and chocolate on top), and Pomodoro in the North End Italian quarter. Two very nice meals! 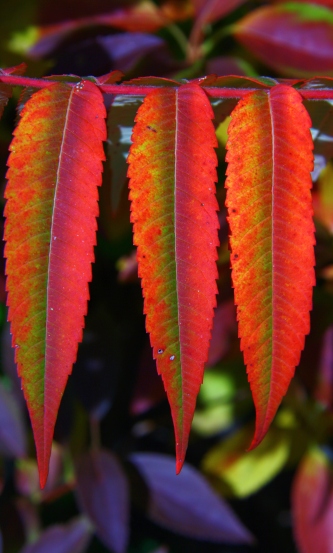 After Boston, we hired a car to drive into New Hampshire, where we stayed three nights in the Spruce Moose Lodge in North Conway.  It was here, in the White Mountain National Forest, that our New England leaf-peeping could really begin. I’m not exaggerating when I say that I have literally hundreds of photos of trees and leaves! I usually relish editing my photos when I get back from holiday, but I was actually starting to go a little square-eyed by the time I finished this time. In my defence, the scenery really is breathtaking and even though we suffered quite a few overcast days, the colours were still incredibly vibrant…demanding to be snapped at every opportunity. Sugar maple, yellow birch, mountain ash, beech, red oak and red maple dominate the landscape and you never fail (to the chagrin of your long-suffering boyfriend) to wonder in awe at the reds, yellows, pinks and greens…and whip out your camera for “just one more”. It’s a good job that I’m so loveable. Or is it that he’s so patient? 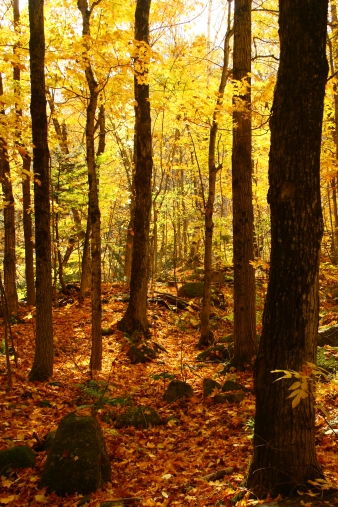 We drove along the Kancamagus Highway (or Route 112, to give it its more boring title) through the heart of the forest, stopping at the Swift River, Albany covered bridge, Lower Falls, Rocky Gorge and Sugar Hill overlook.  The road is named after the grandson of the Native Indian chief who united the tribes in the area, although the grandson himself had to move them all north when the white settlers pushed them out. Still, they named a road after him, so no need to complain. The various stops provide amazing vista after amazing vista, with multi-coloured forest as far as the eye can see. But it’s not all leaves. A group of nuns (is there a better collective noun?) provided plenty of amusement, hopping between boulders on the river and giggling into their iPhones. We seemed to follow them around all day, spying them at every beauty spot. I really wanted to see one of them fall in the river, but chided myself for being mean spirited. It would just have been for the comedy value, I assure you!

A trip on the world’s first cog railway, up Mount Washington – the highest peak in New England – was pleasant, though the bright sunshine at the base did not prepare us for the thick cloud on top.  At least we enjoyed the views on the way up and down, because you really couldn’t see anything at all at the summit! The drive to Mount Washington, through Crawford Notch, was very pretty, with stops at Silver Cascade and Ripley Falls, where we had a mini-ramble through the forest. Flume Gorge in Franconia Notch State Park was also impressive: a well sign-posted walk through the dramatic scenery, with plenty of chipmunks to spot. Our only disappointment was that, despite eagerly looking out for them at every place marked on the map, we saw neither a moose nor a bear during our stay. 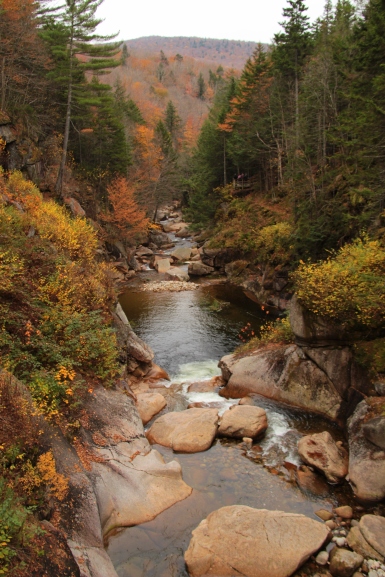 The fourth leg of the holiday was in the lakes region. Saying goodbye to Nellie and Leon at the Spruce Moose, and – more distressingly – bidding farewell to their delicious pumpkin pancakes (see previous post), we headed to the lakes via Lucknow Estate (“Castle in the Clouds”). The arts and crafts house overlooks Lake Winnipesaukee and the views are – again – majestic. This was not, however, the reason for our visit. Paul had spotted that the (2nd) biggest horse in the world can be found there and had gotten very excited! Zeus is a 3000lb, 21 hand Belgian draft horse and is – admittedly – a fine animal. I was just glad that the views made the detour worth it.

From there we drove to Holderness on Little Squam Lake and went to the Science Centre of New Hampshire. Here we saw amazing birds of prey, mountain foxes, bears, bobcats and deer. Much more thrilling – I would argue – than a horse, no matter how big. From Holderness we joined a boat ride on Squam Lake, shooting location for the film On Golden Pond staring Katharine Hepburn and Henry Fonda (of which the locals are very proud). The lake is the second largest in the region and surrounded by dense forest. Little islands of trees – summer vacation spots for rich New Englanders – provided a rare and exciting opportunity to see nesting American Bald Eagles. Aiming our binoculars in the general direction of the pointing passenger with his dog-eared ornithology guide, we could definitely make them out. A very pleasing day all round! 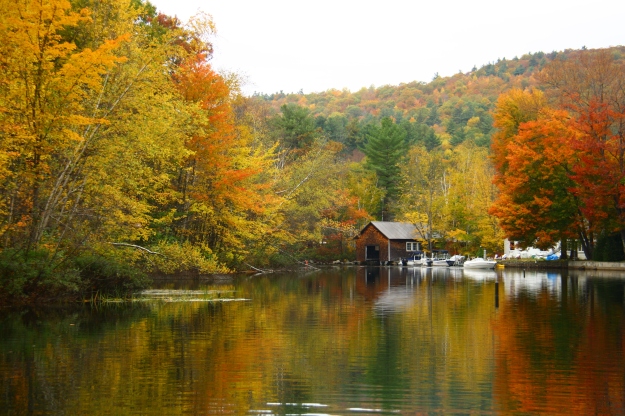 Our accommodation was at John and Cindy’s Lake House at Ferry Point in Sanbornton on Lake Winnisquam. The guest house brags that it’s the only B&B in the region to actually sit on the edge of a lake. I don’t know if that’s true, but I would really recommend it if you’re in the area. The rooms were really comfortable, the hosts are lovely and the house has its own jetty and wooden gazebo. Perfect for sunset (and sunrise) strolls…and a good place to spot a beaver collecting sticks. Bonus! John – like all the innkeepers on our trip – was a fantastic cook and we enjoyed a substantial breakfast of eggs rancheros, strawberries and cream, and lemon and poppyseed muffins. Yum! No wonder I’ve come home half a stone heavier.

The next day it was onward to Cape Cod.  Tune in for the next exciting instalment… 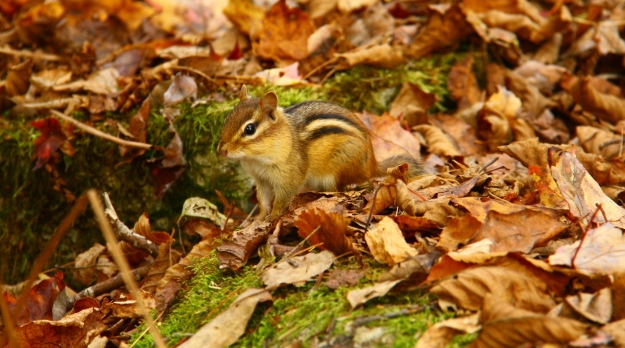 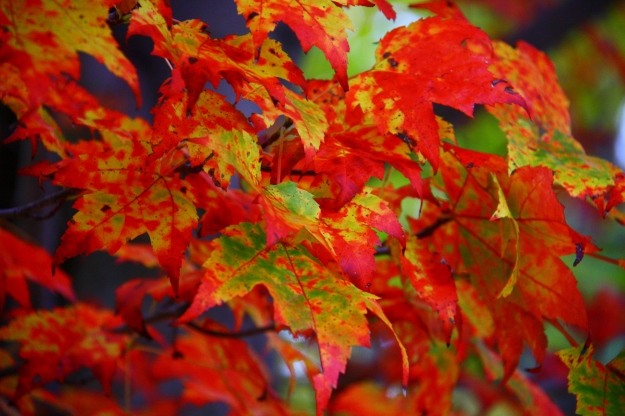 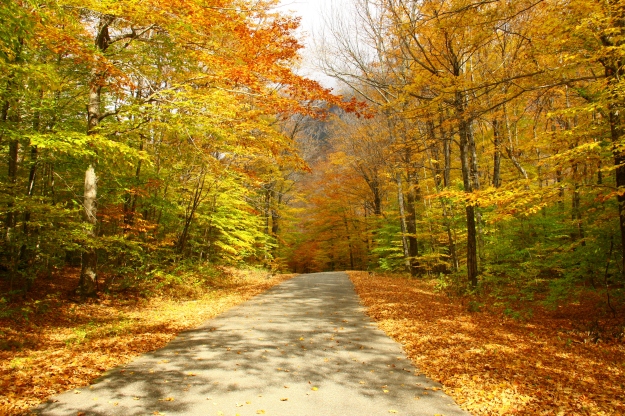 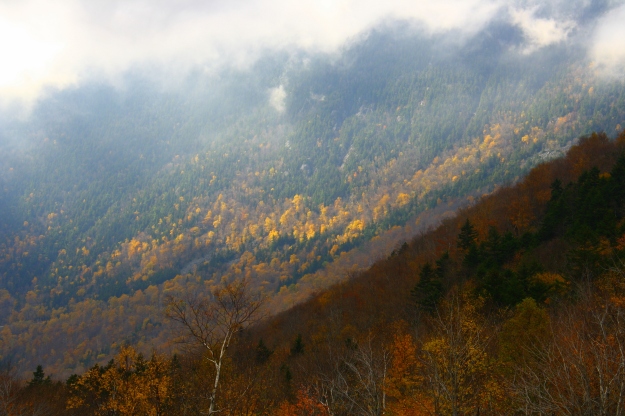 3 thoughts on “Fall in New England”